Osteopath Robert Shanks is the co-founding Clinical Director of Spine Plus, group of multi-disciplinary clinics in London (Harley Street) and Essex.

Robert’s area of special interest is low back pain, neck pain and sciatica associated with chronic disc conditions.  He is an advocate of innovation in spinal care and uses IDD Therapy spinal decompression to treat his chronic disc patients.
Here, Robert explains why IDD Therapy is establishing an invaluable role in conservative spinal care.
I first became interested in mechanical spinal distraction in 2002; I started using a home-made cervical traction device based on pioneering osteopath, Alan Stoddard’s model
featured in a book from the 1950’s!  Yes, it sounds a bit Wallace & Gromit but it did the job more effectively than using my hands alone.  I then started using portable traction beds which featured a manual pump allowing for intermittent sustained traction. 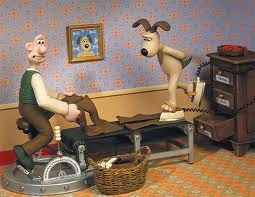 The object of these devices was of course, to distract the spine in order to take some pressure off the disc(s) and any impinged nerves.  We used it as part of a standard 30 minute treatment session.
Developments in spinal decompression have come a long way since those primitive traction devices.  Indeed, traction per secreated a divide among clinicians in its heyday: there were those like myself who found the tool a useful addition to manual therapy and there were others who saw too many shortcomings for it to be fully effective.
One of the key limitations of traditional traction was the imprecise nature in which the treatment was applied; for example, the traction force was aimed non-specifically at the entire vertebrae and not at the particular segment we were trying to treat.
Moreover, as the linear ‘pull’ was unnatural to the body, it could actually cause muscles to spasm, leading to an increase in pressure and pain!  This meant that in order to ensure relative comfort for a patient, the treatment tended to be administered in short bursts of 10 to 15 minutes with a low traction force – which proved ineffective for many chronic conditions.

Around 2008 I began hearing about Intervertebral Differential Dynamics (IDD) Therapy, a non-surgical spinal decompression treatment which appeared to address the failings of traction quite systematically.  These sophisticated IDD treatment machines were developed in the US in the late Nineties by a team of engineers and clinicians whose aim was to mechanically decompress the disc by improving upon traditional traction methods.

The team produced an FDA cleared class II decompression machine which, with computer-controlled forces directed at precise angles, was shown to distract targeted segments of the spine, e.g. L4/L5 from between 5 and 7mm in a longitudinal plain – which had significant therapeutic implications.
With modifications along the way and advances in technology, the SDS SPINA – as it later became known – included a unique oscillation feature capable of mobilising the joint at the point of maximum distraction – in much the same way as manual therapists mobilise other joints – but which given the strength of the spine, is difficult to do with the hands alone.

Moreover, because the device used a gently progressing pulling force (sinusoidal waveform) which mimicked the natural contraction mechanism of a muscle, the muscle remained relaxed and lengthened throughout the slow and consistent stretch without going into spasm – meaning patients could enjoy the necessary higher pulling forces for longer, whilst remaining completely relaxed.
I read all of the clinical research papers on IDD Therapy but I was more interested to see the treatment in action and hear the experiences of clinicians in the UK who were already using it as part of a specialised rehabilitation programme for their herniated disc patients.
The clinicians I spoke to viewed IDD Therapy as a structured programme with patients having a series of regular treatments spread over a number of weeks, allowing time for the body to adapt to treatment whilst progressively improving spine function. 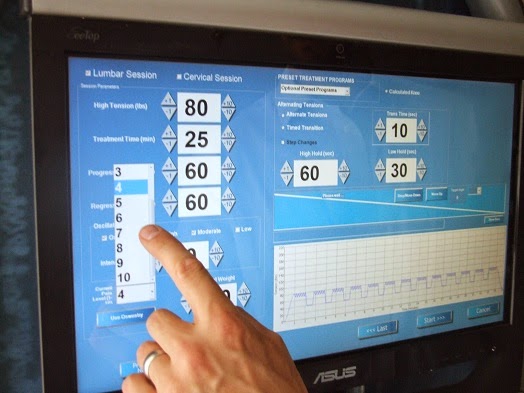 Sessions begin by ‘warming up’ the affected area with infrared heat to allow for a deeper and more comfortable distraction on the machine.  Once the angle and force is set, the 25 minutes of cyclic distraction begins and the targeted segment is exposed to a pulling force equal to half the patient’s body weight and more and importantly,the joint is fully distracted for 13 of those minutes.
Pulling forces are gradually increased over the course of the programme as the body becomes conditioned to the treatment. Cold therapy is applied immediately after treatment to help prevent any temporary soreness caused by muscles being worked in a new way. Corrective exercise is introduced gradually as the programme progresses to help achieve lasting success.
I tried the treatment for myself; I could really feel the differences which I’d heard and read about.  I decided to introduce IDD Therapy at one of my clinics in April 2011.
In the last three years, between my Essex and London clinics my colleagues and I have treated approximately 500 hundred patients with IDD Therapy. These have tended to be patients with herniated or prolapsed discs whose symptoms had prevailed despite standard manual treatments.  Many of this number had been reliant upon daily painkillers to help manage their pain.
The clinical outcomes have been impressive: I would say that 70-80% of these patients have made good to excellent improvement with IDD Therapy.  Although I have used IDD Therapy to treat acute pain, most candidates have been in pain for several months, having tried manual treatments and/or injections without success.  For these patients, a programme of treatments is necessary to achieve long-lasting therapeutic changes. 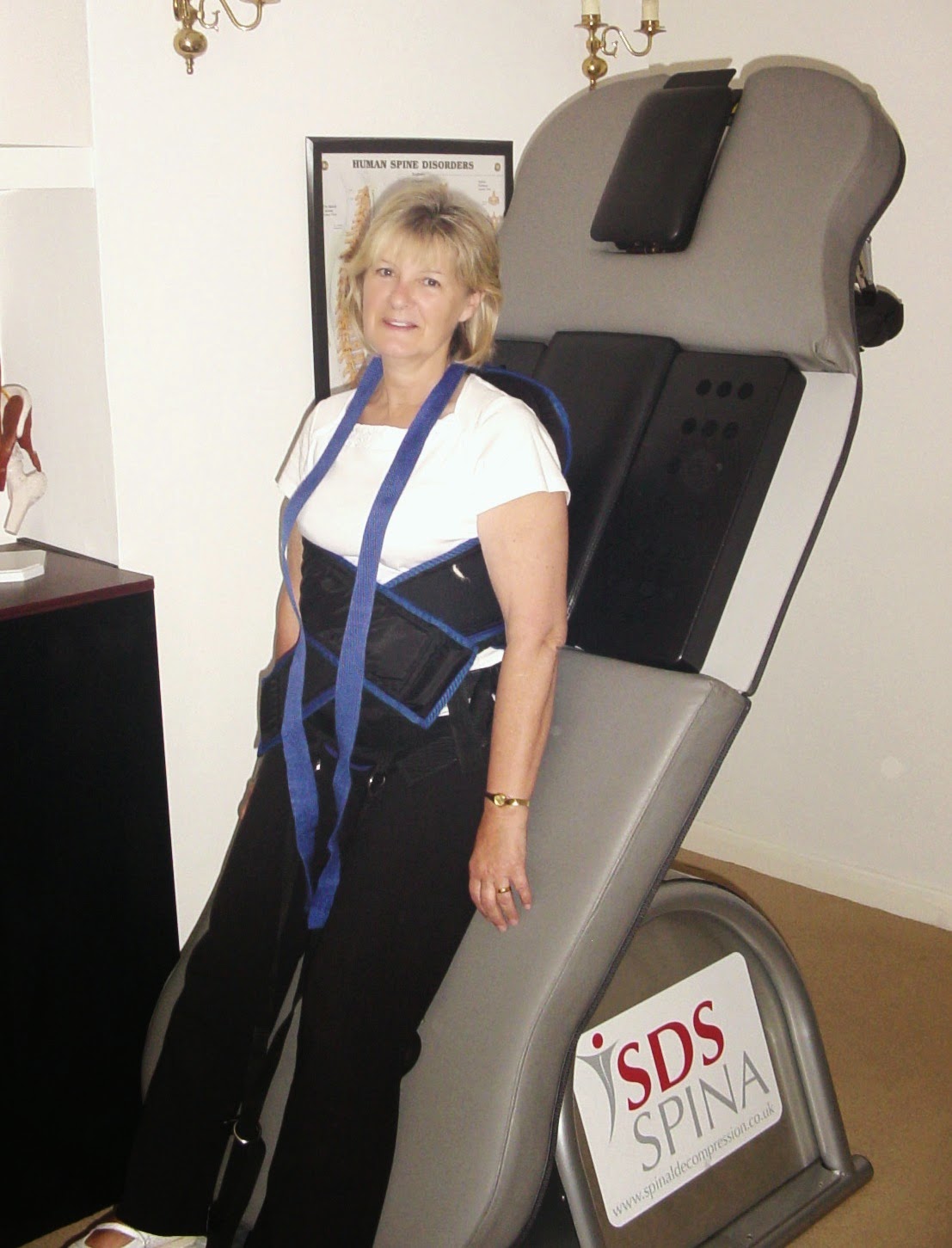 A typical patient is 63 year old Rita Edwards who achieved an exceptional outcome with IDD Therapy after suffering for four years with an L1/2 disc bulge which surgeons would not operate on.  She had undergone countless manual treatments, facet joint injections and epidural injections without any lasting improvement.  After a series of IDD treatments she became pain and spasm-free and was able to return to work and carry out her daily household chores again.

When patients first come to me, some are in so much pain that they are physically and emotionally exhausted and fearful of making the slightest movement.  Over the course of the IDD programme, we can help to change their outlook and expectations, setting them the realistic goal of becoming pain-free and being able to get back to their normal daily activities.
We track all patients with research tools such as the Oswestry Disability Index, Visual Analogue Scale and other objective outcomes measures.
IDD Therapy is an invaluable treatment tool to me.  It’s finally enabled me to offer something meaningful for disc patients which in my experience, is preferable to surgery and more therapeutic than epidurals, nerve root blocks and facet joint injections.  We’ve been able to treat several lumbar-surgery candidates; I know of patients who have been booked in for an operation and have tried IDD as a last resort and are now pain-free and active again.
It’s hard to find a negative side to the treatment: an IDD session takes longer than a standard 30 minute manual treatment but we can’t cut elements of the session without having a detrimental effect on our treatment goals.  With IDD as a treatment tool alongside manual therapy, we are seeing more patients at our clinics and as our experience grows, we’re better able to predict how to progress patients who of course, all have individual needs.
Naturally, there are some patients who don’t respond to treatment but generally speaking, my patients have had very good outcomes and from a personal perspective, it’s hugely satisfying to know that we’ve been able to do more for them.
Robert Shanks, Director, Spine Plus  (www.SpinePlus.co.uk)
Share This Story, Choose Your Platform!

AVIVA Health Insurance now covering IDD Therapy in its own right Mar 24, 2016
Joyful story from back pain sufferer Ben in Nigeria after his IDD Therapy at Astella Physiotherapy Clinic Jun 08, 2017
IDD Therapy helps lady with back pain, sciatica and a numb toe at SpinePlus Chigwell Aug 19, 2019